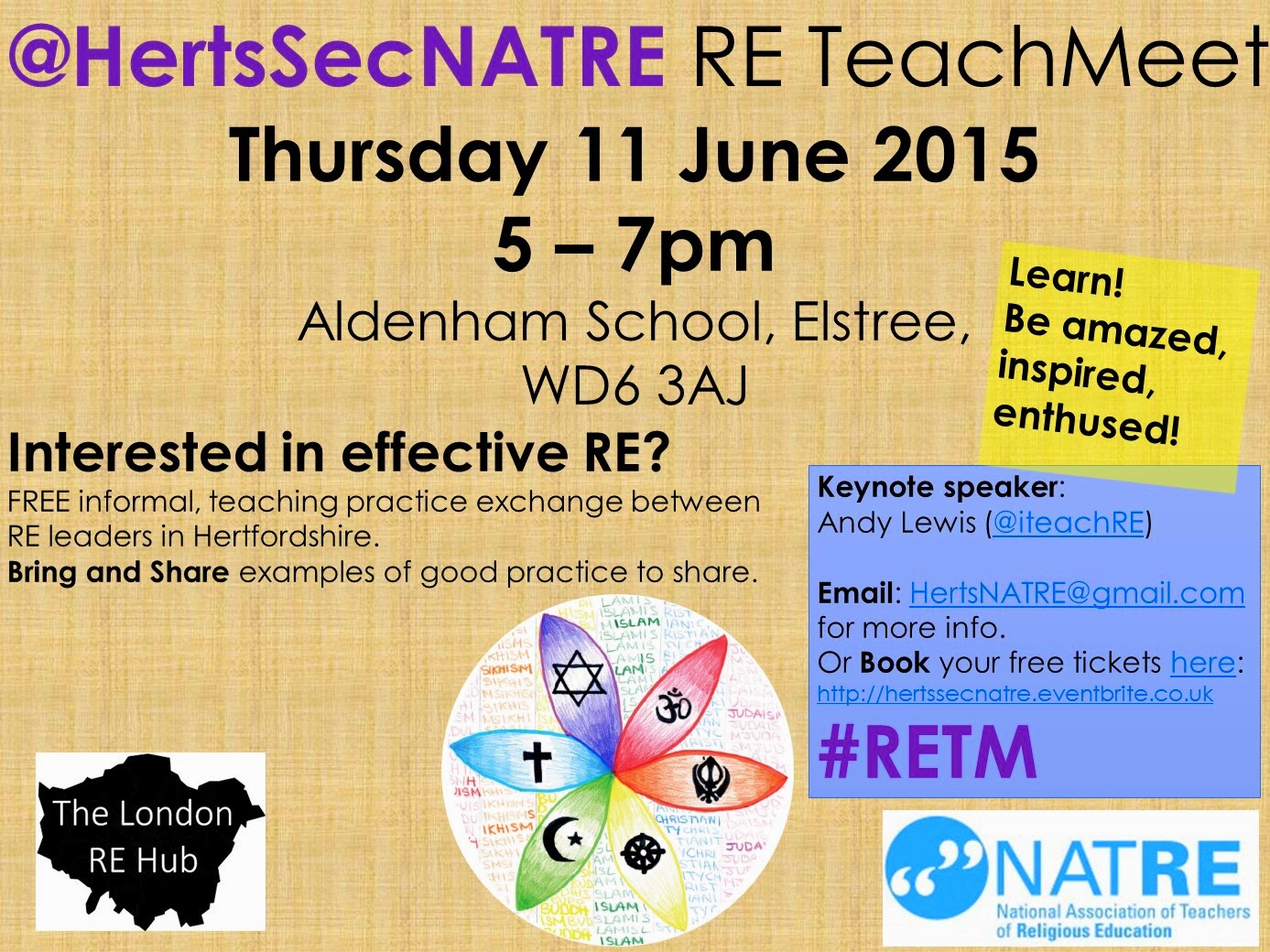 Laura Pope (@LPope_Teach_RS), Head of RE at Birchwood High, gives her perspective on new local RE groups being formed, following the success of the London RE Hub in March.

Being a lone RE teacher I am always looking for new RE teacher friends, 'ooohhh friends'. After one failed attempt to start something in Hertfordshire and running my own event being pushed increasingly to the bottom of my to-do list things were not looking hopeful.

Then I met Becky (@BeckyShahRE) over lunch at The London RE Hub in March: both there alone, both teaching in Hertfordshire. Like a giggly school girl I tried to play it cool and not follow her around too much for the rest of the day. Then came the waiting game. Should I follow her on Twitter? Will she follow me back? Finally it happened, we tweeted each other and creating a Hertfordshire local group was mentioned.

Then Flora (@cupacoco) came along. Confident and organised she whipped us into shape. Emails started flying around and before we knew it we were talking 'face to face' via Google hangout. Mobile numbers swapped we were in business.

Our email list got bigger with more joining via the RE East Facebook group and Twitter and we finally decided on a date. What was initially going to be a planning meeting turned into our first official TeachMeet event.

So now I feel like that giggly school girl again waiting to meet a new class. Will they like us? Will we say the right thing? Will anyone turn up?

Come along on Thursday 11th June to #RETM find out!

So, if we can do, so can you! If you’re hesitant about getting involved or starting your own local group don’t be. Put the feelers out on Twitter and via Andy @iteachRE and find a few local RE teachers. Then set a date to meet either online or in person. See where things go.

For us, it’s been great fun already and we haven't even met in person yet!

Keep an eye out for the next instalment after our first event!
Posted by Unknown at 04:30